It is a great battle royale game with many facets. The main mode of the game is „Battle-Royale„, in which you can fight with up to 150 players on the battlefield in „Verdanks“. At the beginning of a game, a „starting zone“ is marked. As the game progresses, this becomes smaller and smaller and poison gas spreads all around the zone. Since the position of the zone changes from game to game, you never know in advance where the final zone will be.

The goal of your team is to defeat all the opponents in the zone and Various weapons and equipment are distributed all over the map, and you can buy various items at the „stores“, such as: Drones, Air Strikes, Armor Plates, Self-Rescue & an equipment supply for the whole team. Each player has access to their own personal weapon setups, which are created in advance.

Tactics, concentration and determination are the qualities that make a good player. Prove yourself now in the e-Arenaa tournaments and win stunning prizes! It’s obvious that we offer tournaments in our app for such a classy game. Compete with in 1 vs 1 Kill Race and become the champ! After just 6 games you are in the finals. You can find all the latest news and updates about Call of Duty: Warzone in our news section. 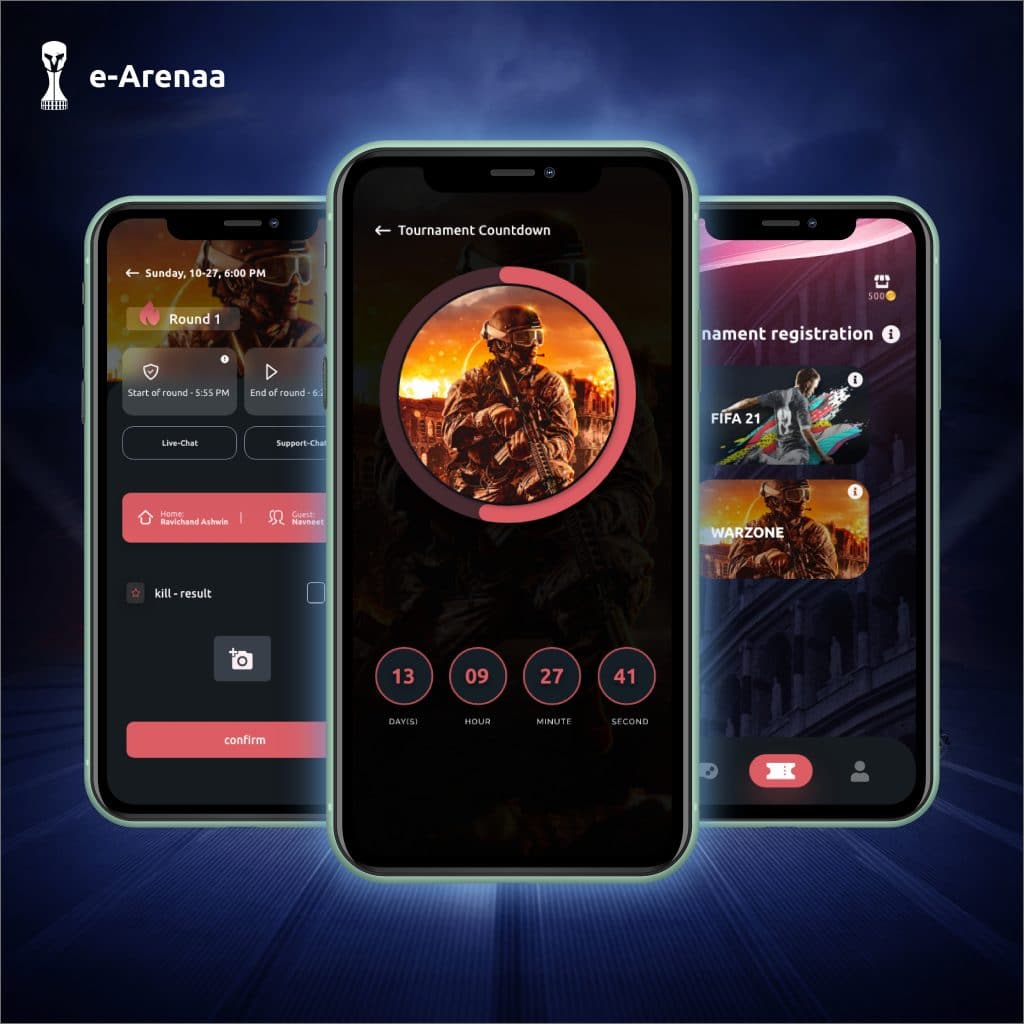