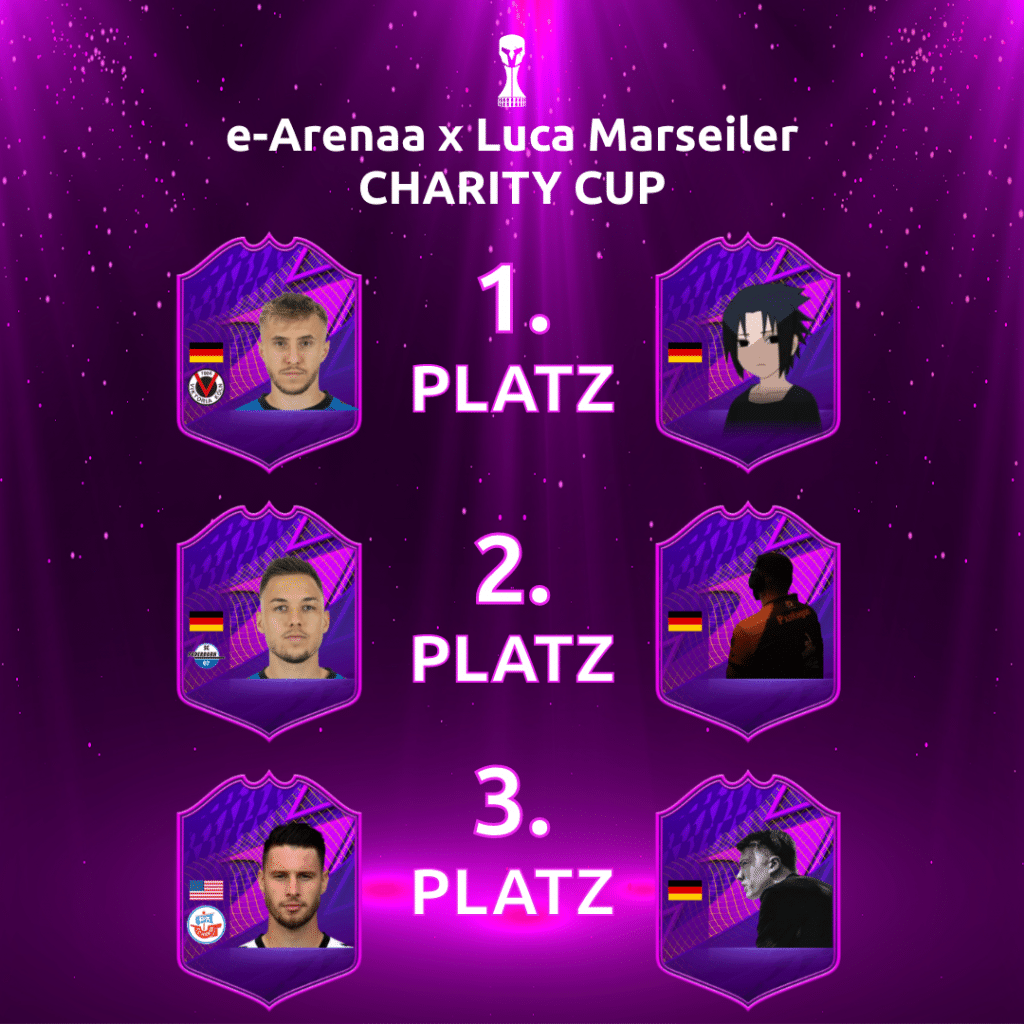 Yesterday evening on 26.01.22 at 18 o’clock our Charity Cup has started. We have already written an article about the course of the tournament, which you can read on our website e-arenaa. The tournament was organized for little Lucy, who urgently needs an operation. In the Charity Cup process there were different athletes and streamers. […] 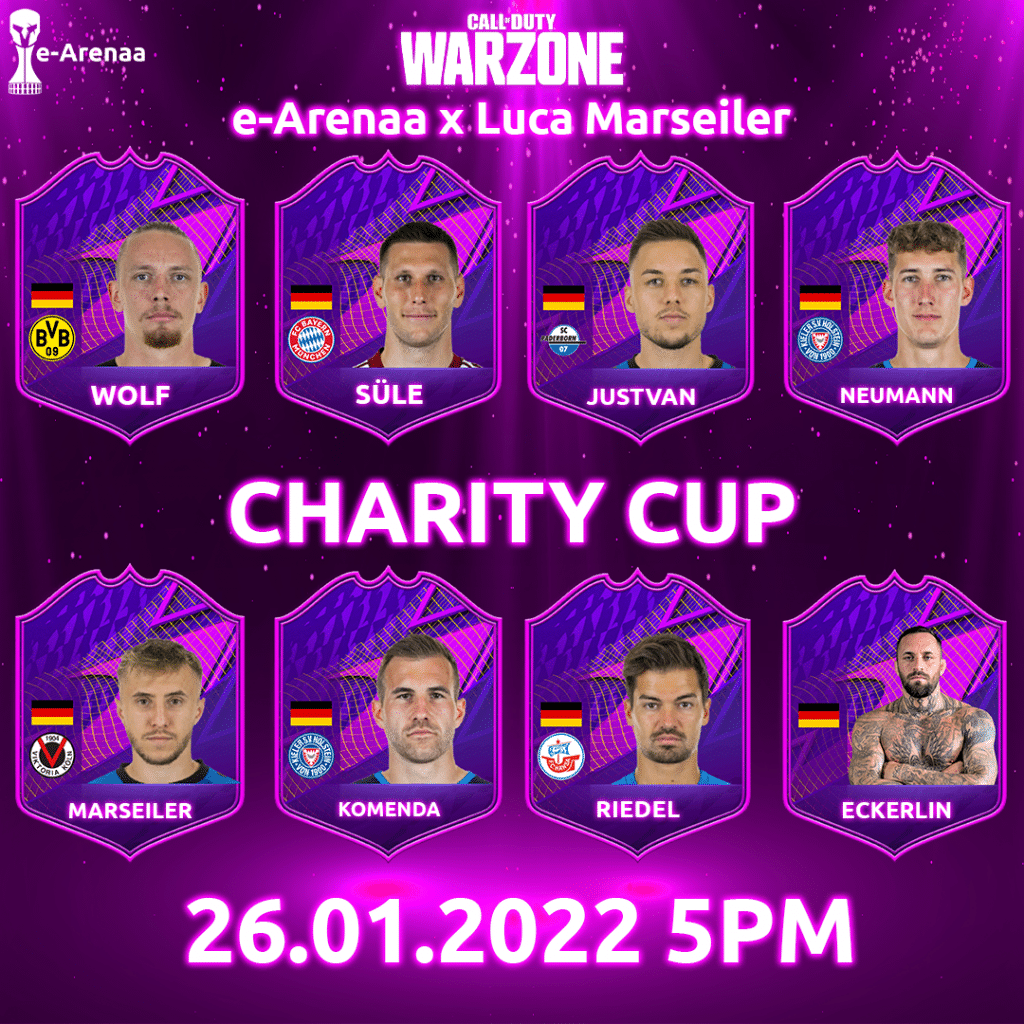 After we have already organized two different e-arenaa Charity Cups with Luca Marseiler last year. There will also be more Charity Cups this year. The first tournament will take place this year on 26.01.2022 city. This time 8 different athletes and 8 different gamers will play together for the Cup in Call of Duty. The […] 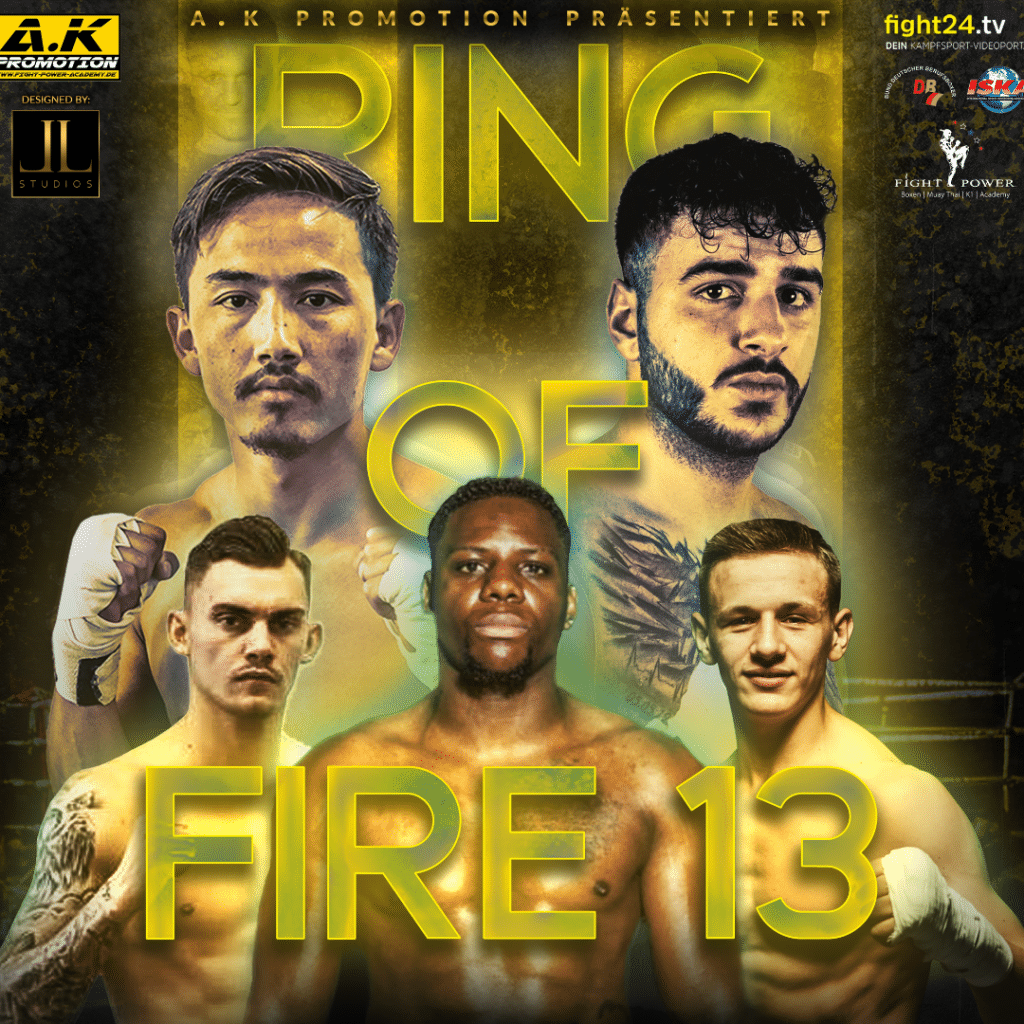 Yusuf „The Prince“ Sultanoglu is a young but quite successful professional boxer from Munich, Germany. With over 50 amateur fights and a total of 9 professional fights, including 8 wins and 7 KOs, Yusuf has arrived in the world of professional boxing. Tomorrow, November 13, the 13 Ring of Fire event will take place. „The […] 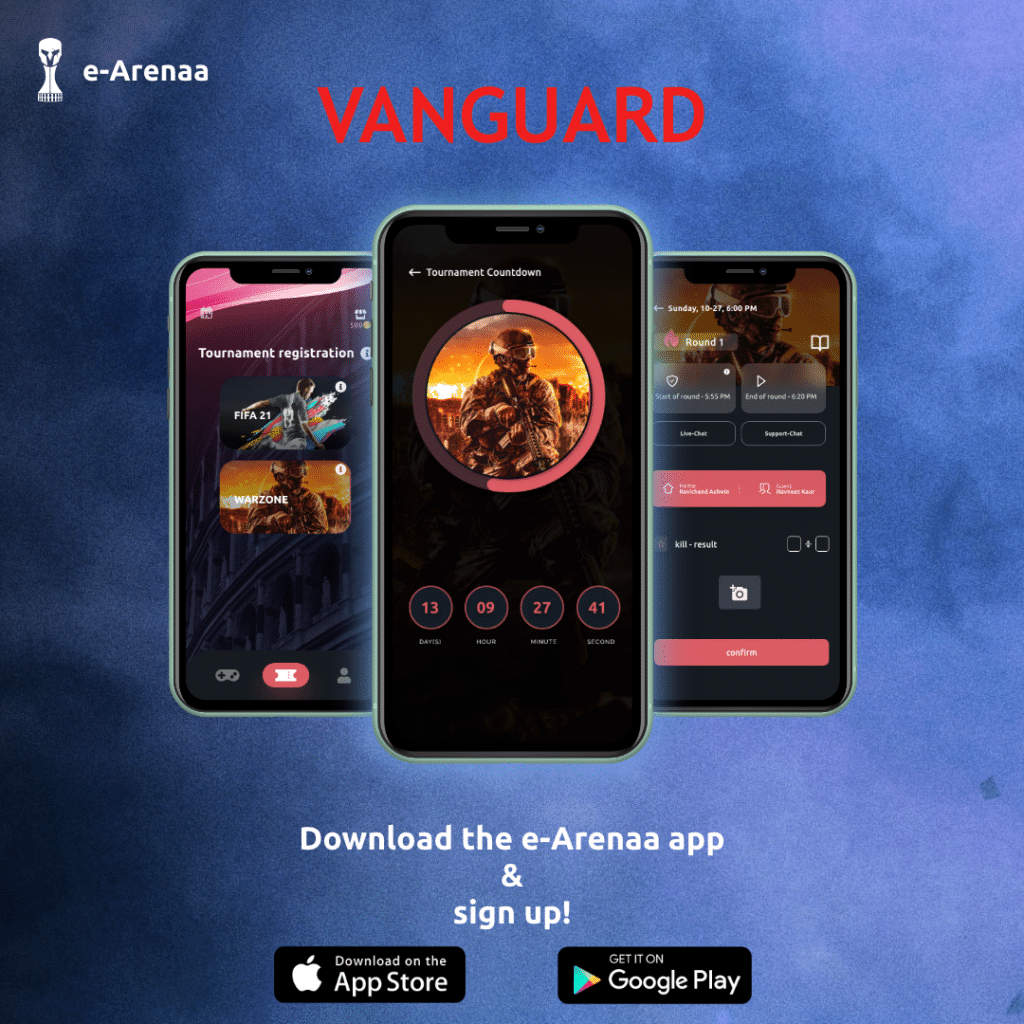 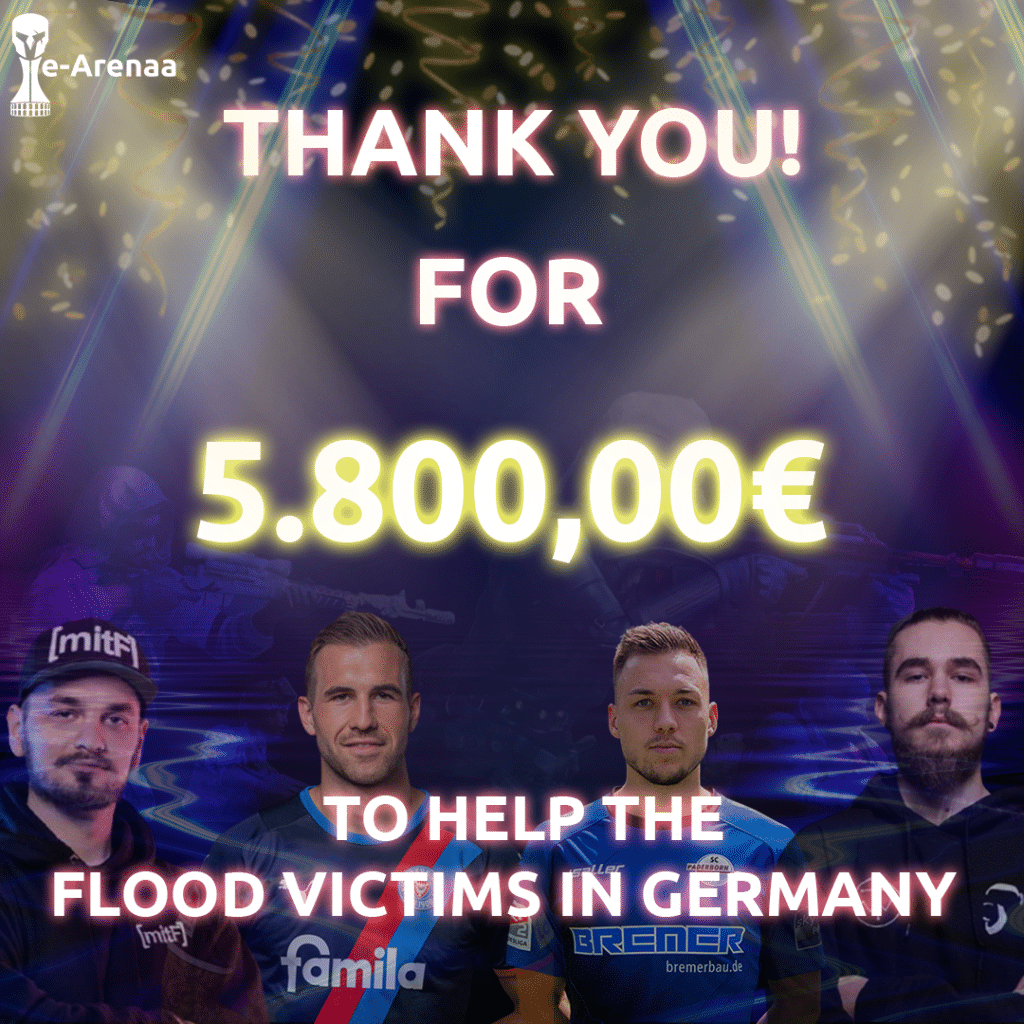 On August 18th the e-Arenaa X Luca Marseiler Bundesliga event took place. As already described the weeks before, money was collected for the flood victims in Germany. Two professional football players and two streamers were brought together. They played together for the victory. The tournament started in the early evening at 6pm. In total there […]

The flood disaster in Germany and its effects 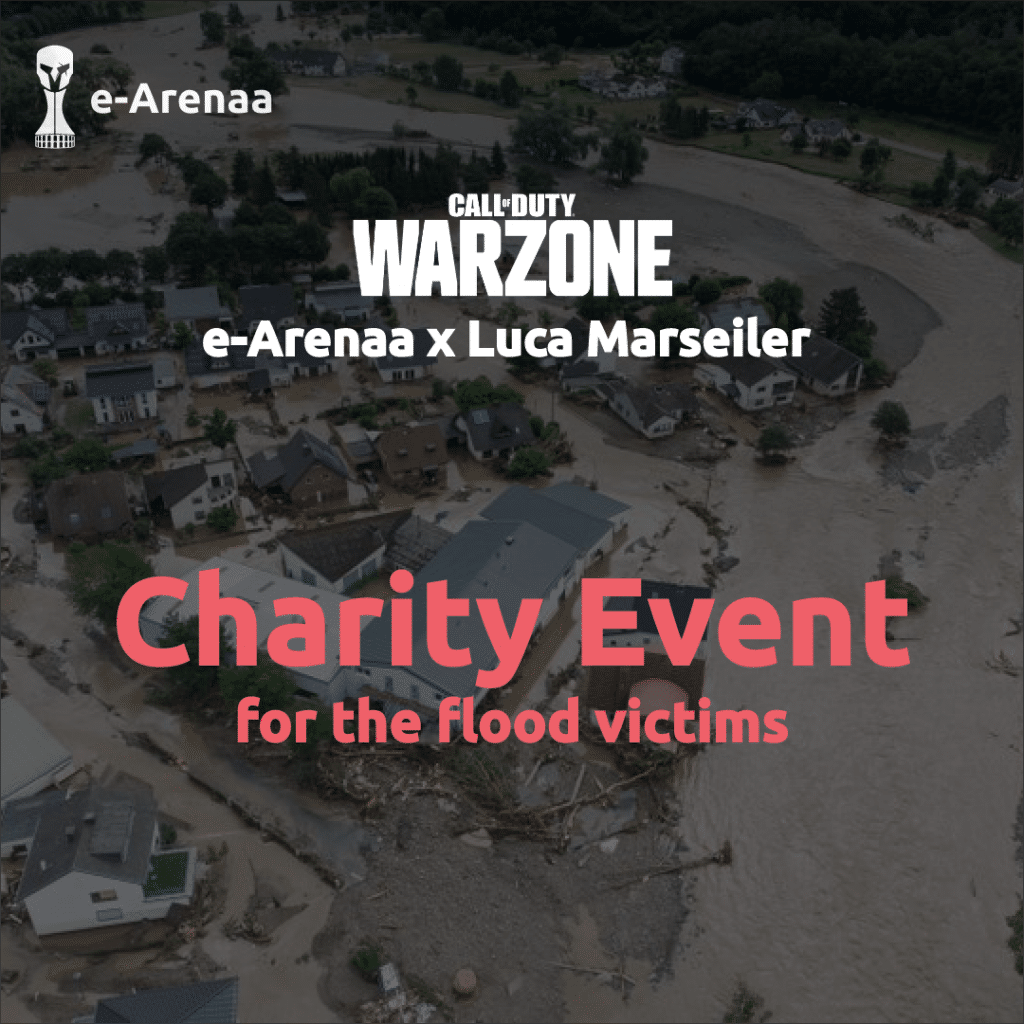 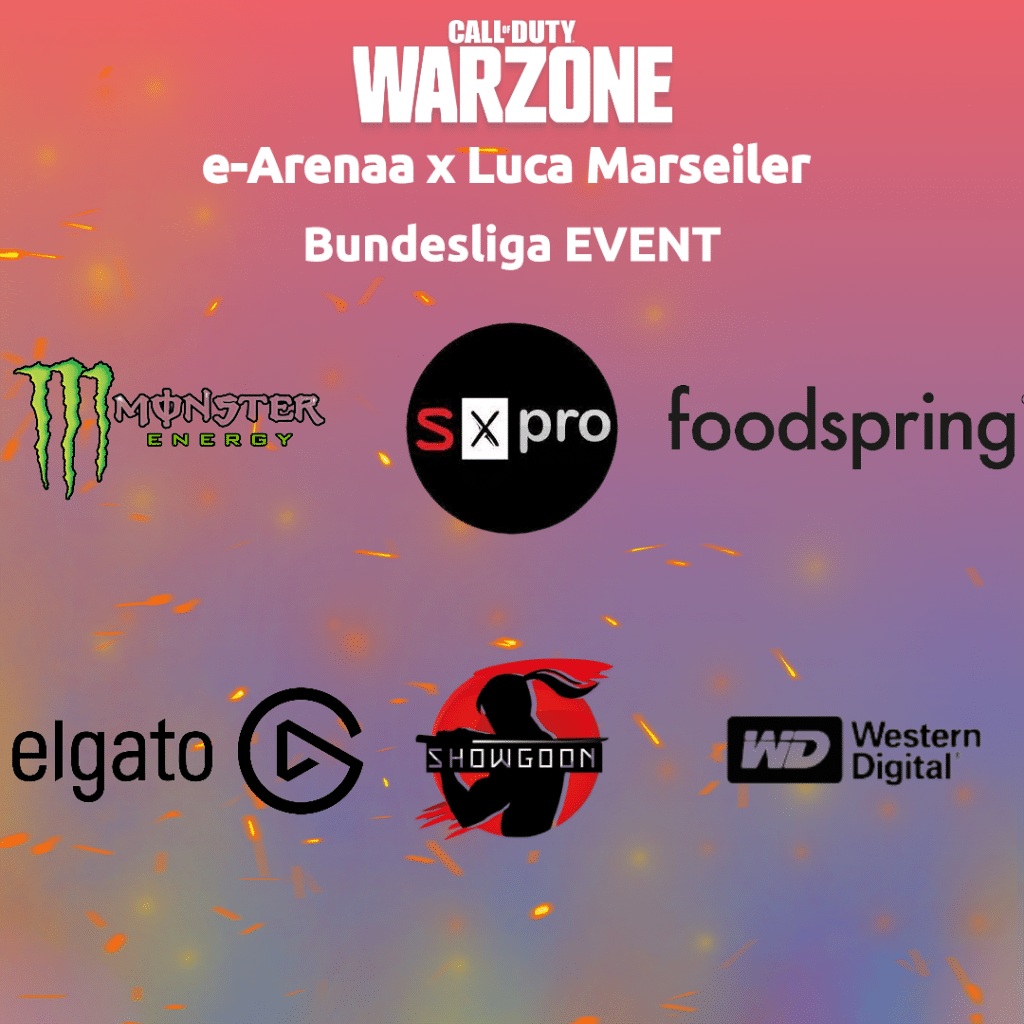 Soon the e-Arenaa Bundesliga Event 2 will take place. On August 18, 2021 it is time to raise money for the flood victims. In the last post, we told you about the event and the players. In today’s article we will introduce you to the sponsors who will also contribute to the event & help […] 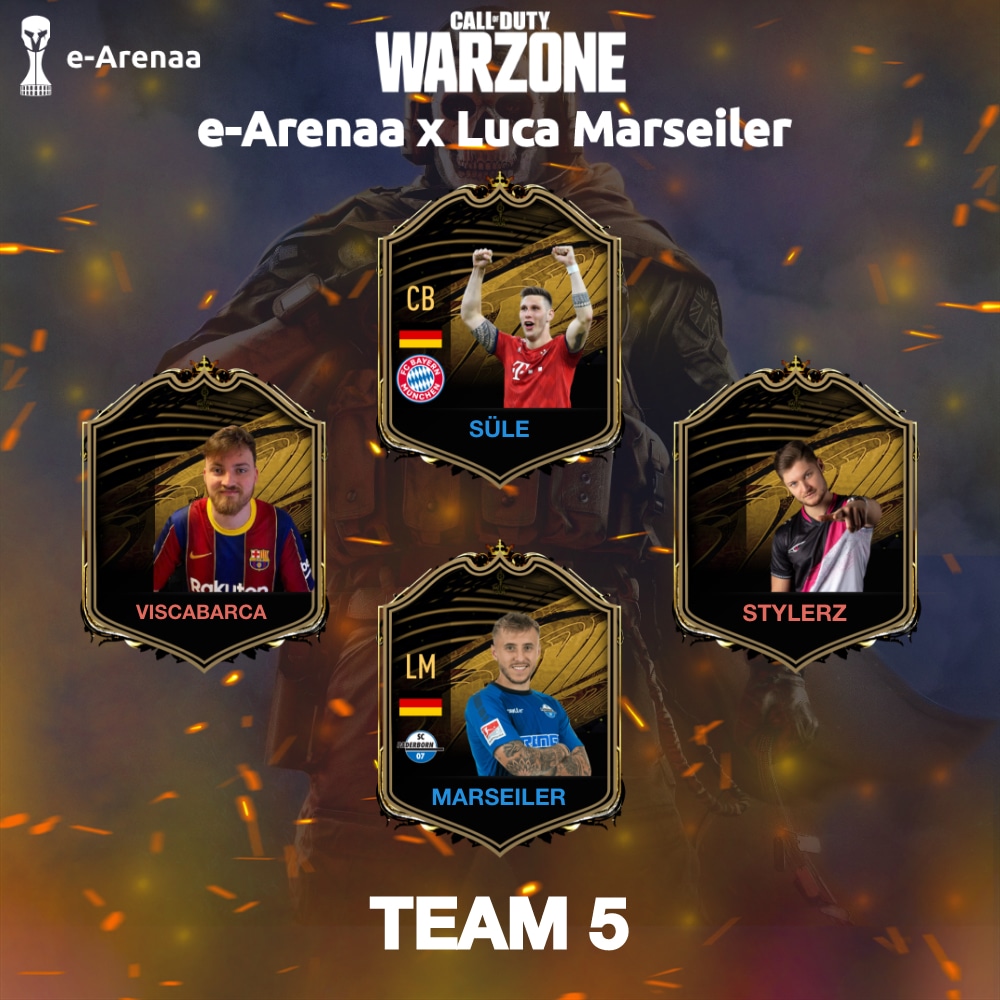 On August 18th 2021 the e-Arenaa Bundesliga Event 2 will take place. We are looking forward and at the same time excited to see how much we will raise for the flood victims in Germany. On August 11th the Team-Draw was made, now we know more about who will compete with whom in the event. […] 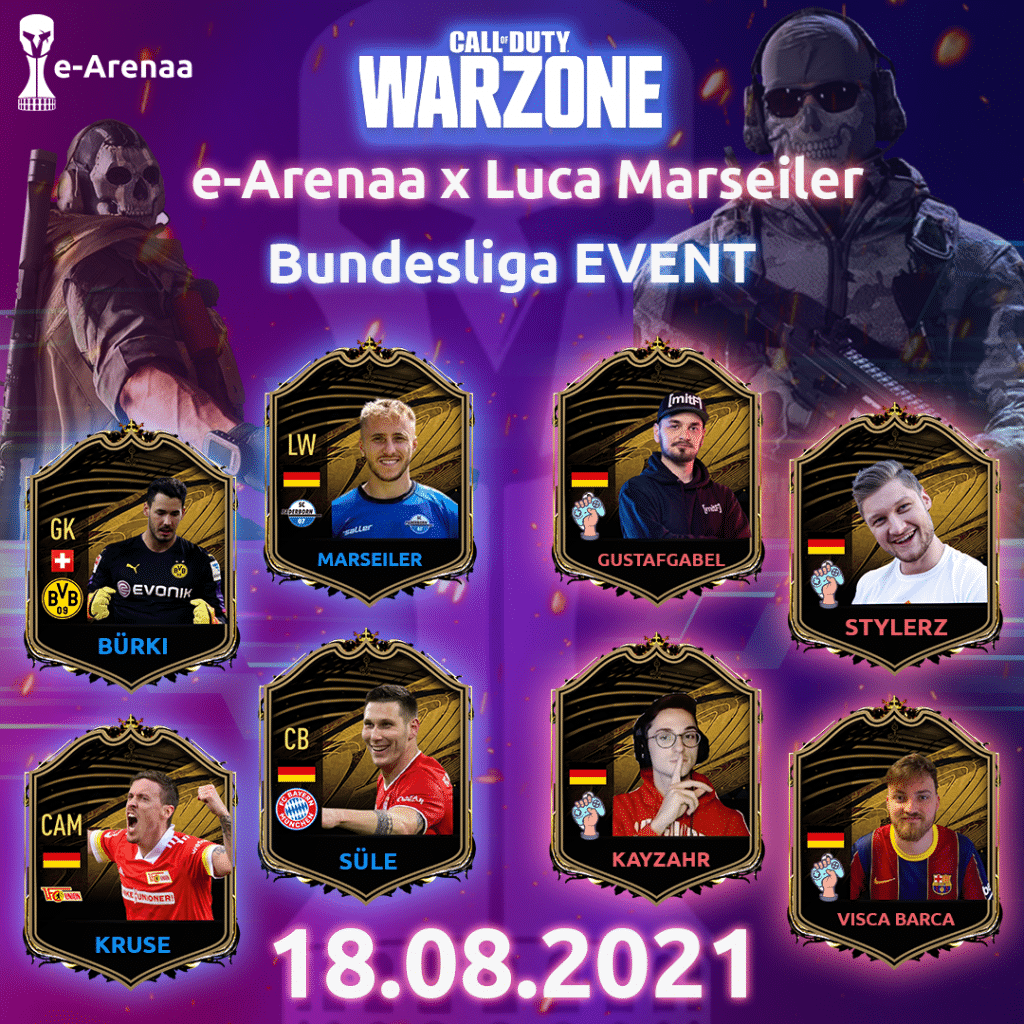 One of the biggest flood disasters in Germany occurred in mid-July 2021. The regions of and North Rhine-Westphalia were hit the hardest by the flood. Therefore, we at e-Arenaa have organized a charity event together with the Bundesliga professional Luca Marseiler (SC Paderborn).The e-Arenaa Bundesliga Event 2 will start live on Twitch on August 18, […]

The e-Arenaa APP- Your place for Tournaments & Leagues 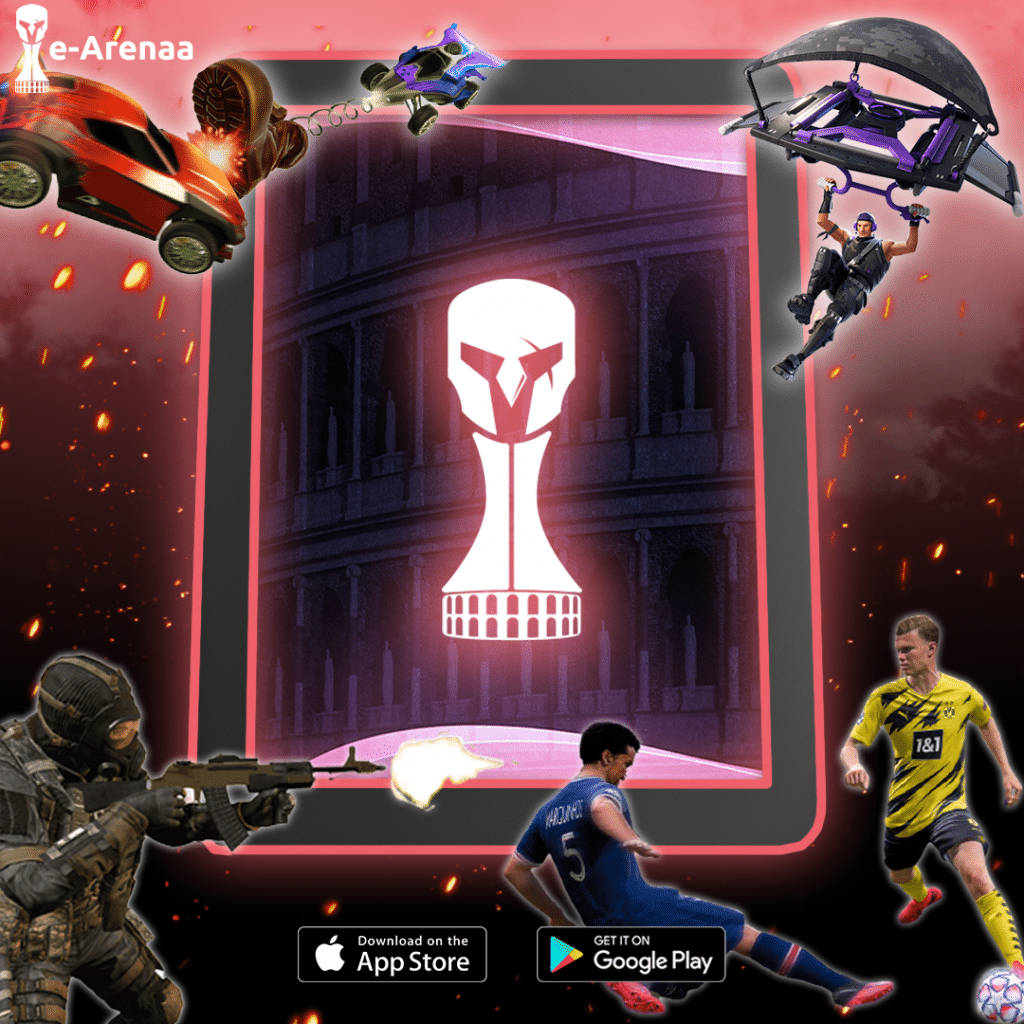 Welcome to e-Arenaa, your tournament & league app. On our free app, we offer all gamers in the world who also share the passion for gaming to prove themselves in our arena. e-Arenna organizes tournaments, in different games, that you can play from the comfort of your home. Currently, we offer weekly tournaments in FIFA21 […]