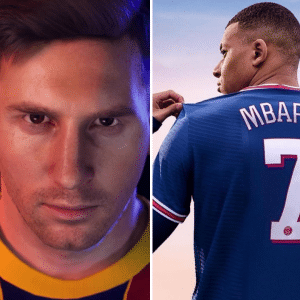 At this time of year, we are getting closer and closer to the new releases of popular soccer simulations. FIFA 22 has already announced itself this October. After the perennial competitor has been waiting for last year, it is back in the “game” with the release of the brand new PES 22. While FIFA 22 will wow us with new features, it is waging a battle with PES 22 for licenses.

On October 1, 2021 FIFA 22 is officially released with many different & new features. According to /www.keyforsteam.de/, PES 22 will be released on September 30, 2021. Despite this, PES 22 secures further licensing rights. After further deals could be concluded, Konami now owns the rights to five different clubs in Italy (Juventus Turin, AS Rom, Lazio Rom, AtaIanta Bergamo and from 2023 SSC Neapel), the original names, kits, stadiums and chants of course. The developer Konami continues to work hard to acquire more licenses to make their game even more unique.

As already mentioned, FIFA 22 has promised us new features, one of which is said to be HyperMotion technology. But what is behind the HyperMotion technology? EA SPORTS has used motion capturing for the first time for FIFA 22 for complete soccer matches with 22 players at the same time. This is supposed to make the movements and emotions of the virtual images look even more realistic and fluid in every situation. The technology is reinforced by machine learning. This means that the game continuously captures new data and adjusts the animations based on it. This is supposed to provide a new gaming experience in every game and mode, but only on PlayStation 5 & Xbox Series X|S.

Also in the career mode, FIFA 22 promises us changes like Z. B. that you can create your own it team. In the popular FUT mode, we also expect changes. New Hero cards have been announced, for example. The Hero-Cards are different from the icons we know. They are players who have reached the status of legends in their old clubs or have achieved impossible feats. Like Mario Gomez, Diego Milito or Robbie Keane. The cost of FIFA 22 is 70 € for the standard version. PES 22, on the other hand, is supposed to be free-to-play.

All in all, everyone is excited about FIFA 22 and PES 22. On the new modes, licenses and more. We are hyped and await the release with full anticipation.