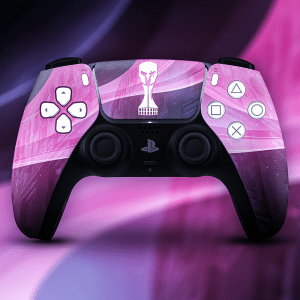 The tremendous Growth of the eSports industry

In the last few years, the eSports industry has experienced a breakthrough. The number of viewers and the revenue are increasing consistently. The increasing viewership is what has mainly contributed to the revenue growth. Of course, this is not only due to the fact that viewers generate revenue. Since the audience is huge, many brands are investing in the eSports market both directly and indirectly. This has contributed to rapid revenue growth in the industry. ESports has also experienced growth in several other aspects, with many of them interconnected in one way or another.

The world’s most trusted and quoted source for games market Newzoo estimates the annual audience growth rate at 10.4% per year. Apart from consistent viewers, casual viewers are expected to increase to 351 million by 2023. Total viewership is then expected to be around 646 million.

Tournaments in the eSports industry

There is little doubt that with so much growth in many of these statistics, prize money for eSports tournaments and player revenue would also grow – at least until COVID came along. Many events were canceled and for a long time, for professionals, there was no way to participate in tournaments. For well over 90% of all gamers worldwide, it is hardly possible to participate in tournaments for prize money, regardless of the COVID pandemic. All amateur gamers have difficulties getting into eSports tournaments. If they do make it, it’s mostly through websites or unstructured social media groups. We, as passionate gamers, wanted to put an end to this and therefore developed the tournament and league app “e-Arenaa“.

Every day, thousands of sports tournaments are held online on multiple consoles. Games like League of Legends, Counter-Strike: Global Offensive, Call of Duty, Fortnite and FIFA are considered the most famous. Of course, there are plenty of other games represented in the e-sports space. We – at e-Arenaa – are the first professional German e-sports online organizer. Here everyone can participate, except professional e-sports athletes, who are excluded. With our app you can quickly and easily register for an online tournament. All you have to do is buy a ticket, and show your skills against your opponent. Based on the matches already played, an algorithm calculates the gaming level of our users and assigns them a skill level. In order to ensure a balance between all users, only one opponent will be drawn, who corresponds to the own skill level.

Our goal is to connect all gamers in the world and give them the opportunity to compete in competitions and tournaments – all from the comfort of their own home via the e-Arenaa app.