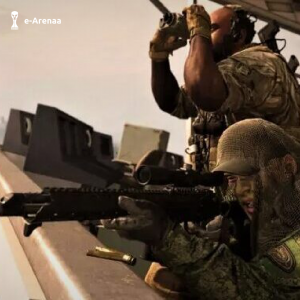 Warzone Camping: a topic with many different opinions!

Warzone camping is a topic with many different opinions. Nevertheless, large maps, such as Verdansk & Rebirth Island, offer many opportunities for camping, making it a good strategy. According to the motto: „You should use, what’s in the game.“

In the world of CoD: Warzone you will regularly come across campers. Campers are players who make themselves comfortable in various places and wait for their opponents. They hope to surprise the enemy players with this strategy and overwhelm them. So always keep your eyes open. If you want to find campers, you should usually look up in roofs or between rooms. Normally, though, it takes way too much time and energy to find and take down campers in Call of Duty: Warzone. To find the campers quickly, you should take a heartbeat or stun grenades with you and put together a perfect Weapon class, with the grenades to go with it. A good headset is clearly an advantage to hear any movements from the camper.

Promenade East
This spot is quite central for the densely populated parts of the map, as you can quickly run towards the Boneyard. And if you circle far from Promenade East, there are often vehicles that could be used.

Prison Towers
Prison is rather left alone by the rest of the map, but has a great 360-degree view of the surrounding area. The height is also extremely high compared to other spots, providing plenty of space and cover against other players.

Twin Towers (Torsk Block)
This spot is known for its two U-shaped buildings and has an advantage due to its height and the fact that it is quite central. Nearby, you have access to many surrounding loot spots. It is not uncommon to see squads on the hills to the east. Try to intercept your opponents there and get some easy kills.

Downtown rooftops
If there is an acceptable place to get successful kills in Warzone Camping, it is the downtown rooftops. It actually requires good skill to shoot enemies from a sufficient distance. Despite that, you should be attentive to other rooftop campers.

Block 6
Similar to the Twin Towers, Bloc 6 is not an ordinary spot. It is not labeled on the map, but is recognizable by its unique red roof building. The red roof buildings are usually good campsites, but this one is unique as there is only one of them in the area. From here you can see and do the downtown area, the stadium and the people from the TV station quite well. As a result many try to get to this spot.

Airport Tower
The ultimate 360-degree view of all of Verdansk is located in the airport’s traffic control tower. As on any other item in this list, it would be beneficial to have a Sniper or Assault Guard in its class to really double your camping advantage. Holding the building is pretty easy as there is usually only one way up and that is the elevator. If you attach a claymore in front of the elevator door at the top, it is almost impossible to lose the tower.

All in all, you should follow the warzone camping on such a big map. Or just try to follow the various tips and tricks and hope for success.