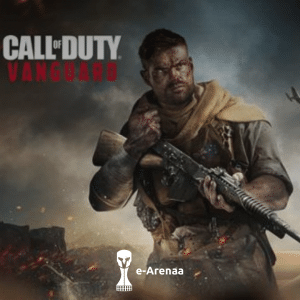 The expected release of Call of Duty Vanguard

After we showed you several articles about Call of Duty Vanguard on e-arenaa. The time has come for Call of Duty Vanguard to be released, and we have played it for you. We will tell you about the positive and the negative of the new part of Call of Duty. Whether it is in multiplayer mode or zombie mode or even in story mode, there are some novelties.

The new story mode in Call of Duty Vanguard

In the story mode, you join a group of 4 people from different nationalities. You want to stop the Nazis from carrying out the so-called Project Phoenix, but we won’t say more about that for now. In the 6-hour campaign, you slip into the different four characters again and again. Each character has its own strength. The graphics are fantastic, and the game feels extremely realistic. The story is well-thought-out, and you won’t get bored. As it belongs to the Second World War, it is also quite brutal and action rich. We don’t want to tell you too much, just play the story mode yourself. For us, the campaign mode, which takes place in the Second World War, is one of the best stories in Call of Duty, and we didn’t want the story to stop there.

The multiplayer mode also has something for every player. With 16 different maps, every player will find a favorite. Weapon loading has become a bit slower even in story mode, as it takes place in World War II. As in the predecessor, you can level up your weapons and then equip them with different attachments. There will certainly be different updates over time. In this part there is no skill base match making as we noticed after many gamers complained about it in the past. The familiar controls, strong movement and good first impression on the maps made it feel like a real Call of Duty to us. Something that we missed in the last parts of release. The leaning on objects has been maintained, the different rooms, chairs or tables, each object has been worked on quite realistically.

Unfortunately, the new zombie mode in Call of Duty Vanguard was a bit disappointing compared to the old parts. Unfortunately, there are not so many maps for the zombie mode, the locking of windows with wooden boards is also no longer available. We assume that there will be an update for this, as the game maker is now responding to the wishes of the player. The Battle Royal mode will also be updated, the Verdansk mode in Warzone will probably be replaced with a new map, but this will take place in December. We will inform you about it immediately.

In general, we are more than satisfied with the new Call of Duty. It is one of the most realistic Call of Duty parts we have played so far. We also assume that there will be a lot of changes over time. We are curious about the update for the Battle Royal mode Warzone, we will also tell you about it. Furthermore, we didn’t tell you too much, so get the game and tell us what you think.